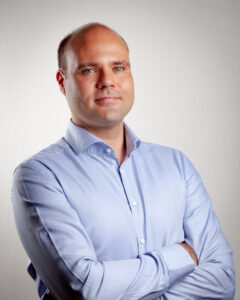 At the moment I’m with KWS Group as Workstream Lead Change Management and Communications. Previous professional challenges have taken me around the world – I spent several years at the corporate communication department of Daimler AG in Stuttgart (Germany), taught four years as Professor of Marketing and Corporate Communications at the American University of Central Asia in Bishkek (Kyrgyzstan), served as communications advisor to GIZ (in Central Asia), the World Bank Group (in Laos) and the Government of Laos, and was appointed by the British Foreign & Commonwealth Office to head its public diplomacy and communications efforts at the British Embassy Vientiane.

I’m also a certified trainer (IHK) and facilitator – from small workshops to larger conferences. And of course, I’m a passionate blogger with now more than 15 years experience in the corporate and non-corporate ‘blogosphere’.

With Daimler’s pioneering social media team, we have won the Best of Corporate Publishing Award (2008) and the German Public Relations Team 2008 award. We also became finalists at the European Excellence Awards, German Public Relations Award and the PR Report Award (all in 2008). In 2013, I was nominated for the Economist Intelligence Unit Business Professor of the Year and in 2017 for the UK Government Communicator of the Year.