When shopping in a local supermarket here in Vientiane / Laos, I noticed that retailers would blatantly alter expiry dates on food packages in order to still be able to sell them. Another way of dealing with a (too) short shelf-live over here is to use the stickers with the product detail translations to simply cover the expiry date. See a few examples here: 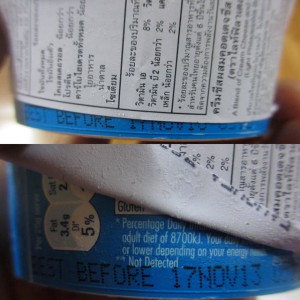 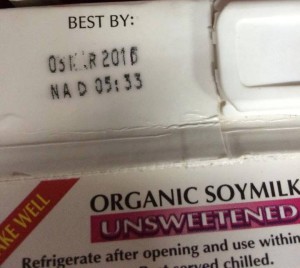 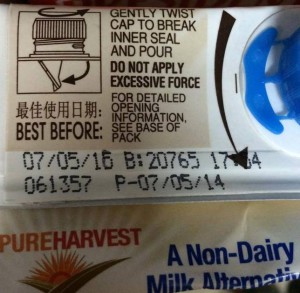 I don’t want to go into the details and root causes of such behavior (well some people say people here are just not used to expiry dates as everything  is bought and consumed fresh traditionally and so so they don’t know the consequences…)  and don’t really want to talk about the health effects (given that even within the original expiry date the cold chain was probably breached several times…) – but I rather want to highlight the potential harm this does to your reputation as a producer.

Looking at such cases I tend to think that maybe corporate communicators devote too much time to customers and neglect other important stakeholders that would require more frequent and more intense communication. Obviously Kikkoman and PureHarvest would be quite unhappy to see the pictured soy milk products still on the shelves in supermarkets, knowing they would at least partly be blamed for the resulting health effects (in particular when people have already thrown away the packages but still ink their problems to consuming this one product). As a large-scale producer and international exporter it is of course hard to keep track of all the outlets that your products are sold in and even if you’d know it might be hard to first notice and then tackle retailer misconduct. This is obviously quite cumbersome involving time and resources – but nevertheless it is an important task that if neglected can lead to serious reputation losses. The case from Laos is obviously quite small – but just think about the milk powder scandals in China a few years back and the huge reputation effects it had on dairy, chocolate and other companies with their Chinese and international customers. Companies need to make sure they communicate their expectations and requirements of their production and retail partners’ behavior properly and clearly. This includes basic training and education as well as frequent updates refreshers and checks. And while dealing with retailers after their acquisition is too often left simply with the fulfillment and logistics department it would require corporate communicator’s expertise to stay tuned to this issue. Sometimes this is even a chance to establish close cooperation with other players from your industry, as they might face the same challenges with the same partners and retailers.